One Cheer for Selfies

Selfies have taken a bit of criticism in the past few days for being "shallow and conceited". That may be, but as someone who's spent quite a bit of time in the past few months going through old family photo albums trying to learn more about his relatives, I'd like to say one thing in defence of them.

I have photo after photo of relatives now dead, some of whom I never even met. Time after time the photo consists of a small image of them against the larger backdrop of some hotel or monument. They wanted to remember where they were; I want to discover who they were. Yet even with a magnifying glass it is hard to make out their faces and gauge their expressions. The occasional close-up I do find is usually highly posed—far from natural.

So in the age of the Selfie, I think how nice it would have been if from time to time my ancestors had just pointed the camera at their own face and captured themselves up close and personal. "Thoughtful and honest" would be my description. 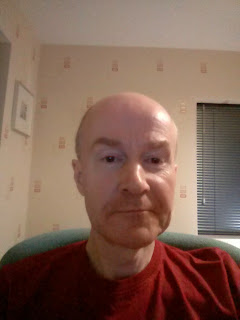 Posted by Charles Anderson at 17:34 No comments: